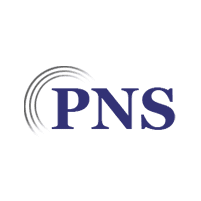 Schizoaffective disorder is a complex condition in which you have symptoms of schizophrenia together with symptoms of bipolar disorder or depression. The experts at Pacific Neuropsychiatric Specialists have the experience needed to evaluate all of your symptoms and determine an accurate diagnosis. Then they customize your treatment based on how this confusing disorder affects you. To schedule an appointment, call one of the offices in Huntington Beach, Costa Mesa, Dana Point, or Orange, California today.

What is schizoaffective disorder?

The symptoms of schizoaffective disorder typically begin in adolescence or young adulthood, where they make it hard to function in all areas of your life, whether you’re at home, work, school, or socializing.

What symptoms develop due to schizoaffective disorder?

If you have schizoaffective disorder, you’ll have one or more symptoms from these categories:

In some patients, the overall impact of their symptoms leads to the neglect of their personal care, including cleanliness and their appearance.

How is schizoaffective disorder treated?

In most patients, optimal results are achieved when medication is combined with therapy. The team uses many different therapeutic techniques, so they recommend the one that’s best for you.

If you have major depression that doesn’t respond to medication, your doctor at Pacific Neuropsychiatric Specialists may recommend transcranial magnetic stimulation (TMS). TMS may also treat auditory hallucinations. When you receive TMS, repetitive pulses of electromagnetic energy are used to boost nerve activity in your brain.

If you develop any of the symptoms associated with schizophrenia, mania, or depression, call Pacific Neuropsychiatric Specialists today.